Los Angeles is a mecca for people with alternative diets (vegetarian! vegan! gluten-free! raw! etc.) and you can find a vegetarian version of almost anything here. It’s usually very easy to find good vegetarian options even at places that don’t specifically cater to vegetarians. Vegetarian versions of dishes I thought I could never eat again are plentiful here, including Vietnamese pho and Japanese ramen.

I know the idea of vegetarian or vegan ramen sounds blasphemous to most ramen purists but when it’s done well, it tastes really good. And in LA, there are a variety of places that serve vegetarian ramen, one of them being Ramen Champ.

Ramen Champ is a small ramen restaurant by Alvin Cailan, who also runs Egg Slut (former food truck turned food stand at Grand Central Market). It’s located in the Far East Plaza in LA’s Chinatown, which in the past couple years has seen some revitalization efforts. Andy Ricker’s Pok Pok (from Portland, OR) has opened a location in Far East Plaza, and you can find Roy Choi’s (of Kogi truck fame) Chego! restaurant here as well. 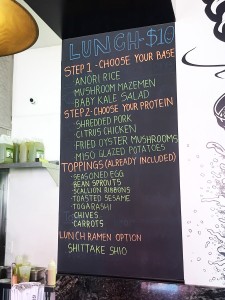 I went here for lunch on my birthday a little while back. They have a limited menu at lunch time. Of the different ramen options they offer, only the vegetarian one is available during lunch time. They also serve various bowls.

I ordered the shiitake shio ramen, including the seasoned egg. The broth itself is vegan; you can request vegan noodles and no egg to make the entire dish vegan. Ross ordered the anori rice bowl with miso glazed potatoes and all the toppings.

The restaurant is very small; it’s all counter seating and very reminiscent of the tiny noodle stalls in Asia. You can see everything the kitchen is doing, and it was really neat to see the giant vat of shiitake shio broth as the cook put together my bowl of ramen.

I only had to wait a few minutes as it wasn’t too busy, and my ramen was placed before me and was piping hot. I tasted the broth first, and it was rich and complex. I normally hate mushrooms (with a PASSION! I think they taste like dirt) but the broth wasn’t just mushrooms and salt. It had a depth to it that put other vegetarian ramen I have tried (most of them with a miso base) to shame. Ramen broth is salty enough most of the time, but this had a good balance with salt and umami flavor. The noodles were cooked just right, and had a dense bite to them that felt handmade. 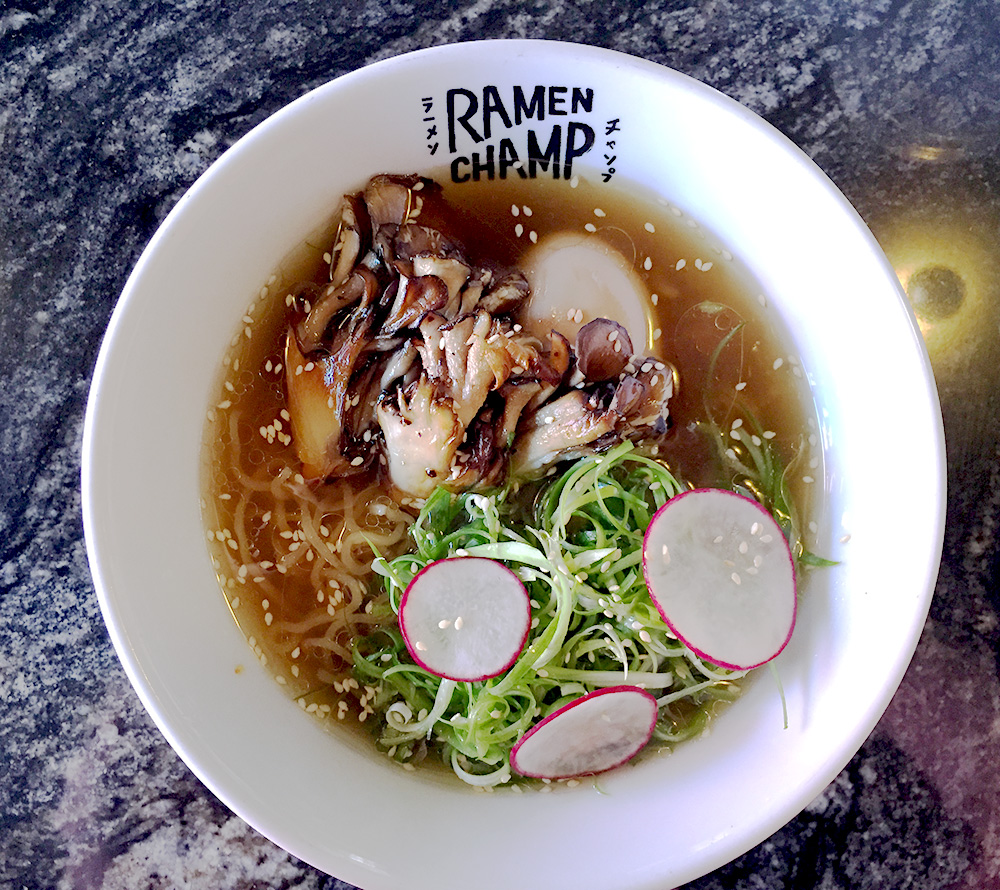 The seasoned egg though…if you’ve ever had the Vietnamese dish Thit Heo Kho Trung (caramelized braised pork with egg), Ramen Champ’s seasoned egg tastes very similar to that. It has a caramelized flavor to it and is soft-boiled so when you cut into the egg, the custard-y yolk spilled into the ramen broth. I could see myself eating just the seasoned egg, chopped up over rice; it’s that good.

I think next time I’ll get additional seasoned tofu as my protein. The mushroom pieces in the ramen were pretty good (considering I don’t like mushrooms normally). At least they weren’t rubbery or gummy.

I had a few bites of Ross’s anori rice bowl. The miso glaze on the roasted potatoes was pretty good (I could definitely taste the miso) and the different textures from all the toppings encourage you to take multiple bites to get a sense of all the flavors. (I also LOVE onions.) 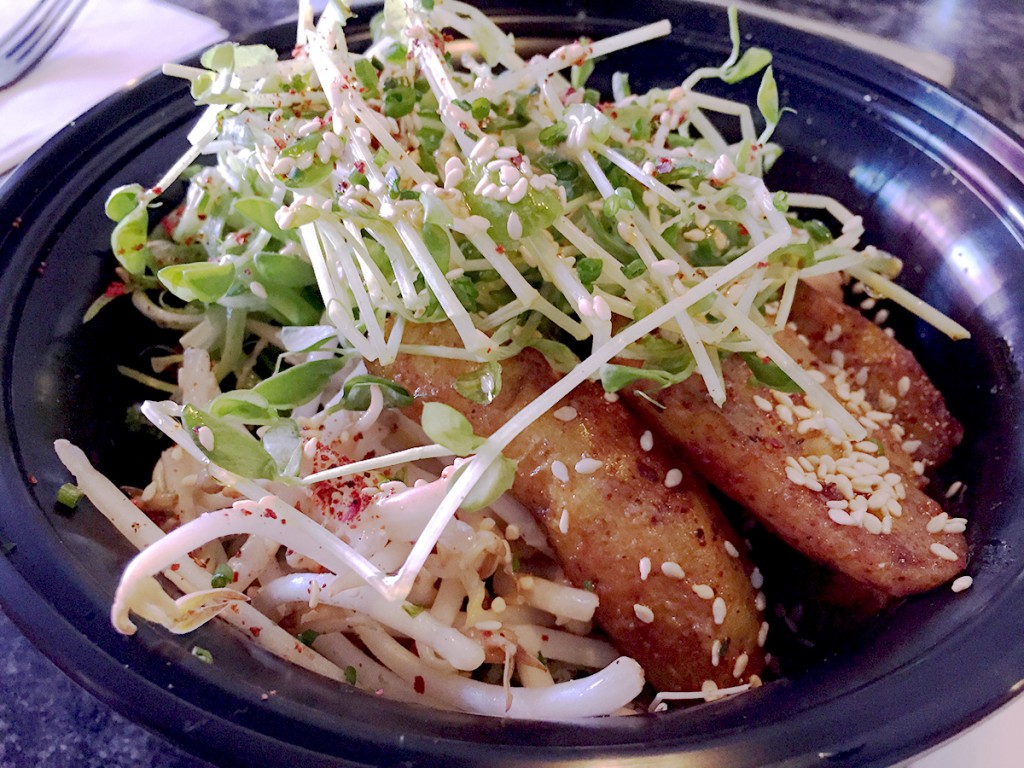 The prices are a little higher at dinner time but you also have more options on the menu, including the meat-based broth options. The lunch special is definitely worth the $10. You can really taste the care and thoughtfulness that Cailan’s team put into the vegan broth. Other places take shortcuts (just mix some miso paste and hot water, and dump some ramen noodles in it!) but I appreciate the complexity of the broth here.