Ross and I went with our friends Jared and Alaina to Trois Familia for brunch in Silver Lake a while back. It’s a small restaurant operated by Ludo Lefebvre, a well-renowned French chef who also runs Petit Trois and Trois Mec in Los Angeles. I’ve never been able to go to his other restaurants since there isn’t that much I can eat there as a vegetarian, although Trois Mec does allow for vegetarian options…so maybe one day. But Trois Familia is almost right down the street from me, and it had received quite a bit of buzz for its brunch.

I think brunch really only became a huge “thing” within the past decade or so because when I was in high school and college, brunch was not the big deal that it is now. In college I went to greasy diners for super late breakfast meals (shoutout to Plato’s in College Park and Tastee Diner in Silver Spring and Bethesda!) but that doesn’t come close to the whole brunch universe that exists now.

I suppose because Los Angeles has a million restaurants and so many of them serve brunch, it’s interesting to see different takes on what are usually the same several dishes (some sort of pancake/waffle, breakfast burrito, eggs benedict, and so on). Trois Familia’s food is inspired by the French background of its chef and also draws from the huge influence Mexican cuisine has on food in Los Angeles.

We got there around 10:30 am, put our names down and were seated after about a 20 minute wait. They don’t take reservations, so I highly recommend getting there early on the weekends.

The restaurant itself is not a huge space but it’s cozy. It feels like a neighborhood place, with cute little decorative touches like a turntable, family-style dining tables that look like picnic tables, and bright primary colors everywhere. 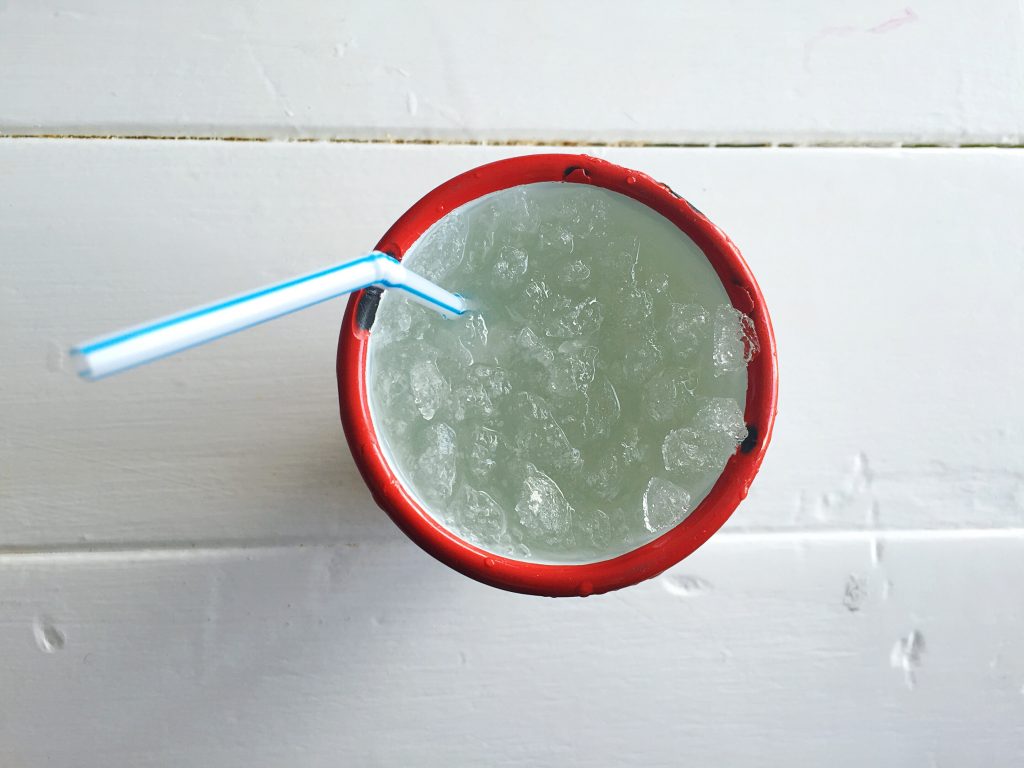 Jared got a Nutella Malt, I got a limeade and Alaina ordered the horchata. We all took a sip of each other’s drinks and they were all pretty good. My limeade was nice and tart and not too sweet. The Nutella malt was creamy and had a strong hazelnut taste to it. If you like Nutella, order this. The photo above is of my limeade.

Ross and I ordered the following: 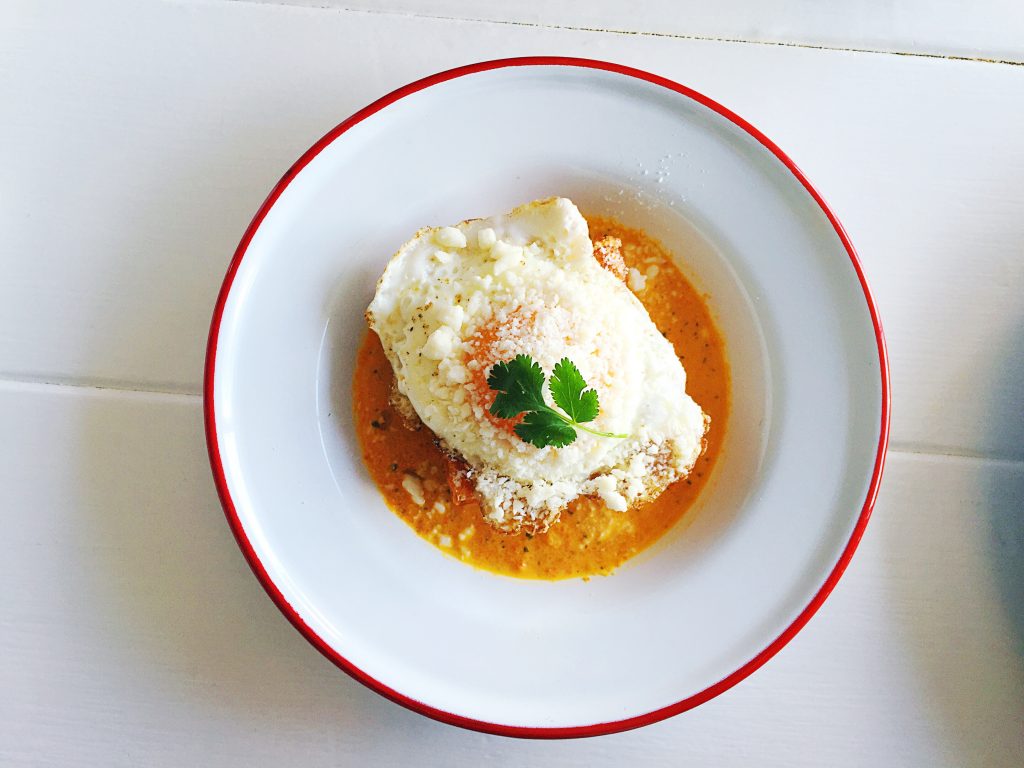 Imagine a really high quality version of the McDonalds hash brown patty topped with a sunny side up egg and a spicy (well, it wasn’t THAT spicy) salsa. I wish this dish had been bigger (another hash brown patty/egg would have been nice)- it was gone in what seemed like a few bites. This felt more like an appetizer than an entree. The hash brown wasn’t greasy and was crispy enough to hold up under the salsa and egg yolk once I pierced the egg. 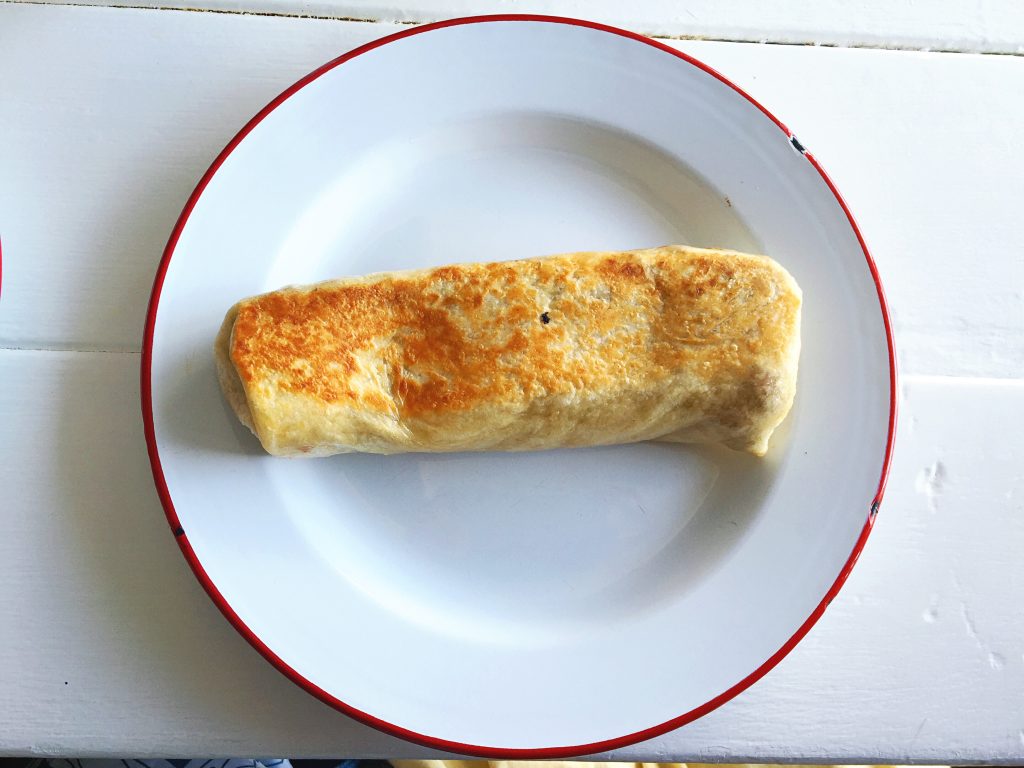 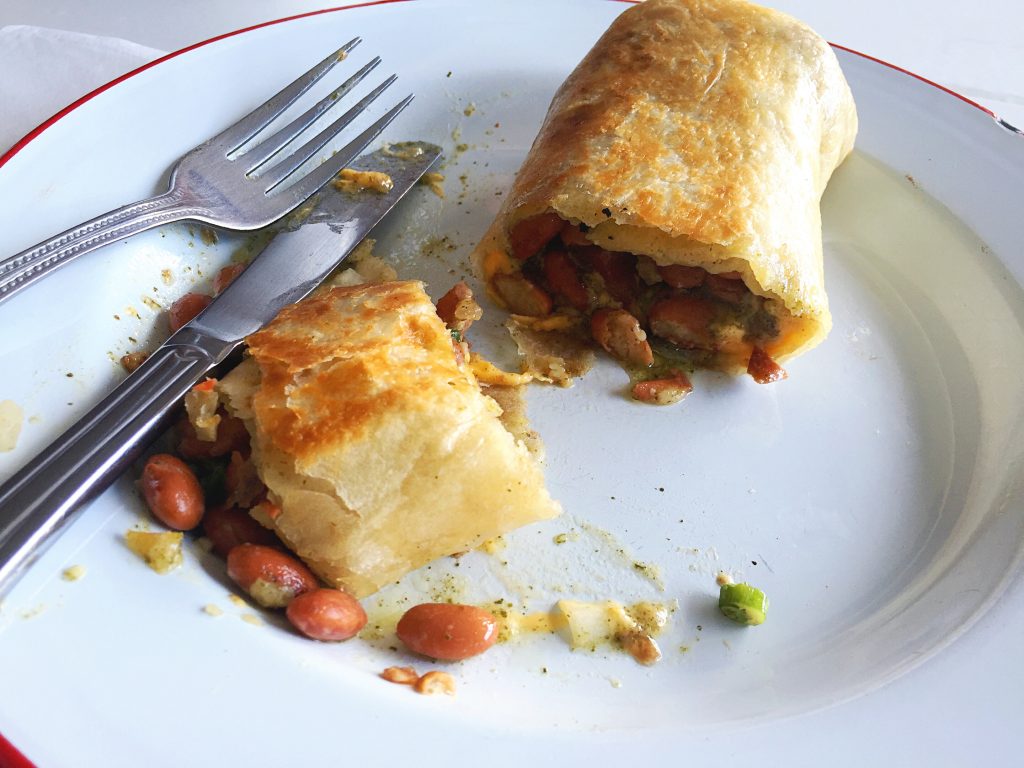 Bean and cheese burritos are ubiquitous in LA. Trois Familia’s take on it was interesting because of all the different cuisines it is drawing from. Beans and cheese are Mexican, wakame is a Japanese ingredient (it’s a type of seaweed), garlic brown butter is French. I wasn’t quite sure what to expect with all these seemingly disparate flavors. This dish was the biggest, portion-wise, of the dishes we ordered. This was super tasty. The burrito had been lightly pan-fried so the outside of the tortilla was crispy. I am not 100% sure of what kind of cheese was used in the burrito but it tasted like it may have been gruyere? or some other French cheese instead of jack or cheddar. Pinto beans were not mushy like the consistency of refried beans; the beans were still distinctive. The garlic brown butter was good and didn’t feel too overwhelming.  I couldn’t really taste much preserved lemon but I did taste a little umami from the seaweed. I would definitely order this again. 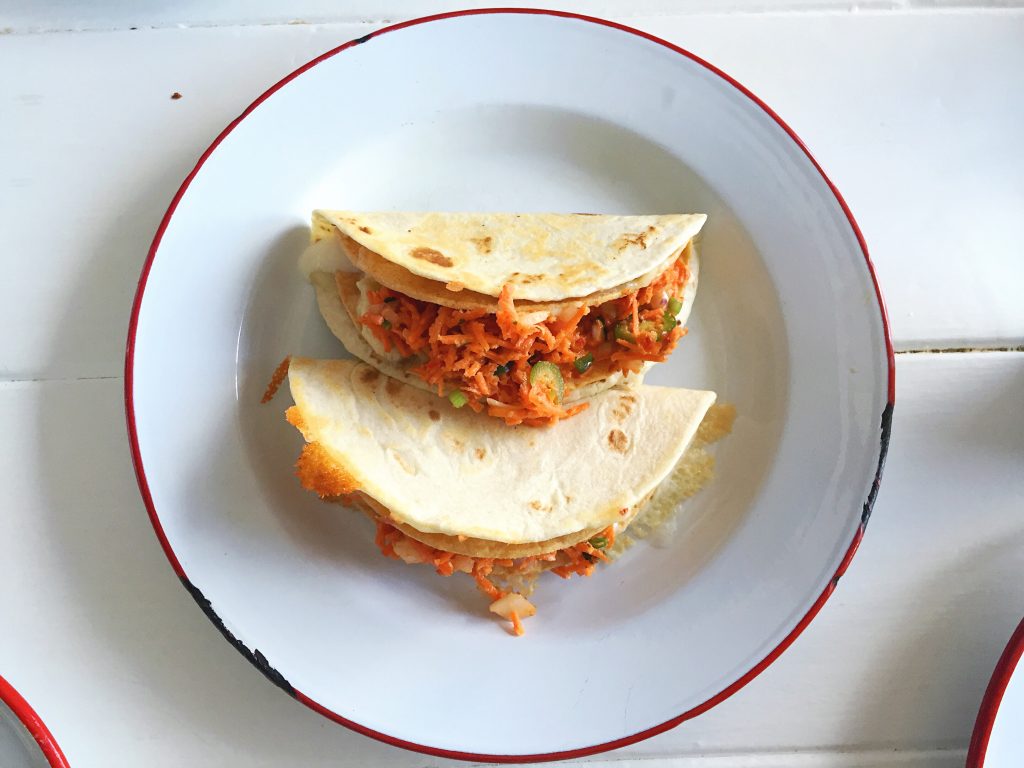 This is also another dish everyone seems to be Instagramming lately, as it’s kind of an elevated version of the double decker taco from Taco Bell. It’s a soft tortilla encasing a hard shell tortilla, so you get the multiple textures of soft and crunchy/crispy. This was my favorite of the three dishes I ordered. The potato filling was seasoned well and not too salty– I’ve had potato tacos on both ends of the spectrum, either too salty or totally bland. This was just right. The carrot pico with lime was neat, as the lime juice toned down the natural sweetness of the carrots. The tacos were pretty big. I shared them with Ross but two of them for just me would have been enough.

One thing I keep seeing in other people’s comments about Trois Familia is that the portions are kind of small and you need to order multiple dishes to be full, which I found to be true. Even our waiter recommended ordering multiple plates. Ross and I ordered 3 dishes to share between us and we were still a little hungry after.A few people have mentioned the cost of the food relative to the portion sizes, but I’m not annoyed by that very much. I feel like the quality of the food justified the pricing to me. Service was attentive and the food didn’t take long to come out, despite the restaurant being very busy.

Overall, I quite enjoyed my meal here. They have added a few new things to their menu and now also do take-out, so I want to go back and try the new stuff, and a few other things I didn’t try this time.

Open 7 days a week, 8 am – 2 pm.
Note: There is a small parking lot but it fills up quickly. Street parking also available.