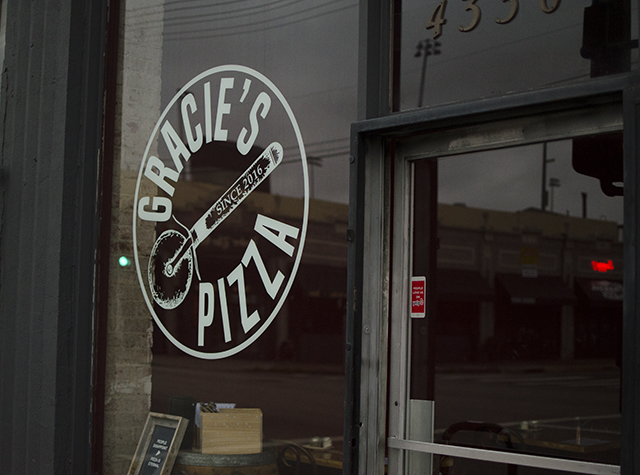 There are always new places to try in a city this big. Sometimes places open up that fly under the radar and I wonder why it took so me long to try it out. Gracie’s Pizza opened up nearby in the past year and a friend recommended that we try it, knowing that Ross and I are originally East Coasters.

Gracie’s serves New York style pizza, which has a thin and crispy crust, but is still soft enough that you can fold it. I’ve had NY style pizza from a few places in LA that were mushy, or had weird ratios of sauce to cheese, so I’m wary about pizza here. But fortunately, I had nothing to worry about at Gracie’s Pizza.

Gracie’s is located in the neighborhood of East Hollywood, kind of plopped in a more residential area. There is plentiful parking. The inside of the restaurant has a good amount of seating but still feels like an neighborhood place, like the pizza places from back home. We sat down and an employee came by to take our order. We didn’t have to wait long for the food to come out. 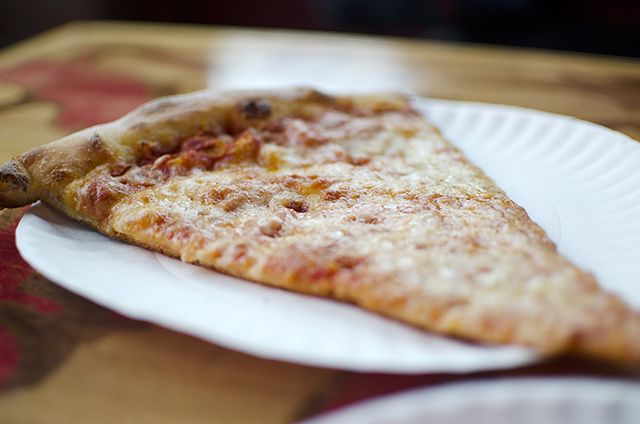 I had just gotten my new camera lens that day and I was testing out taking photos with it, so please excuse the extreme focus here. This slice of cheese pizza was exactly what I wanted it to be; thin crust, crispy at the edges but still soft in the interior. Not overloaded with sauce or cheese, just the right amount. Ross teases me because I never fold my pizza when I eat it and take dainty bites instead. Hey, at least I don’t eat it using a fork and knife. 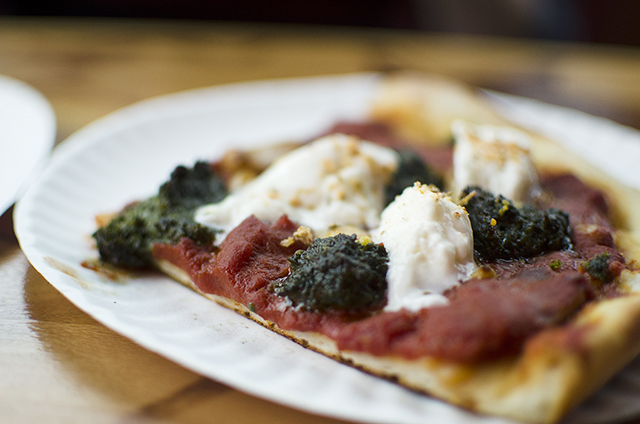 So Ross got this slice; I did not taste it. According to him, it was good but it had too many elements going on all at once and he preferred the cheese slice. The burrata was good though, silky and not salty. 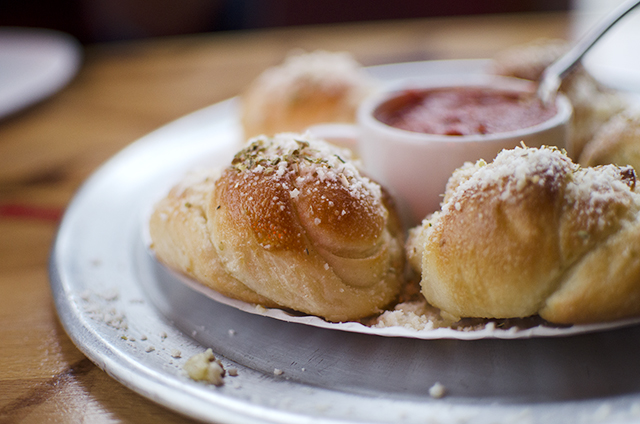 These garlic knots were delicious; I ate them so quickly. They came out hot and were super soft and fluffy. They weren’t dense or tough at all, which happens to garlic knots sometimes. The parmesan garlic herb mixture on top was a nice bit of crunch and added extra flavor. They didn’t even need the dipping sauce. I wish I had gotten two orders of these. 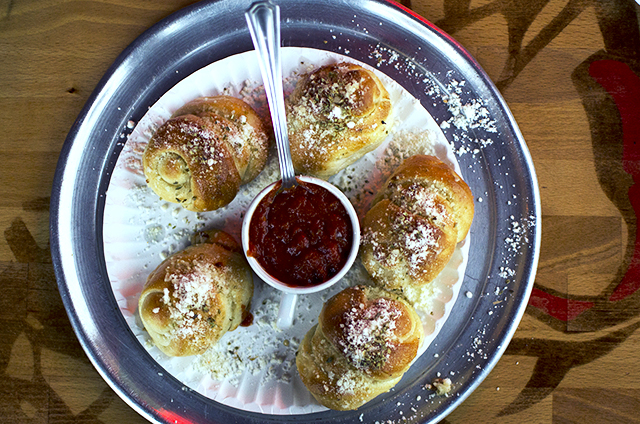 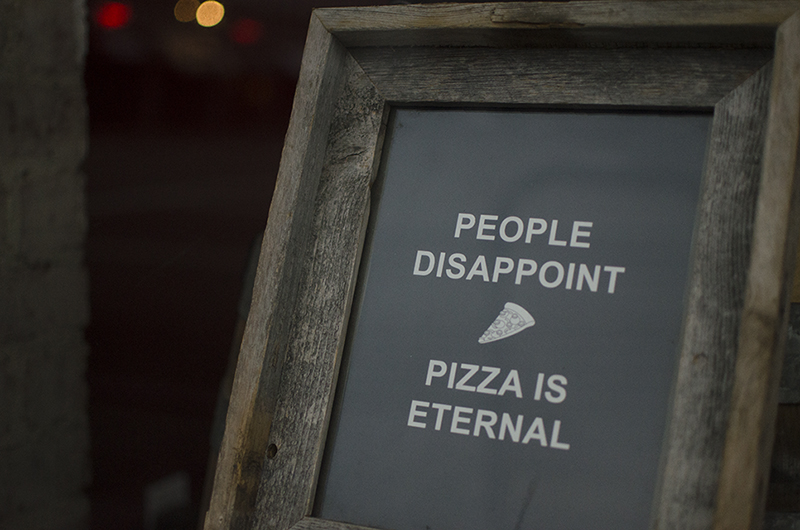 I thought this sign in the front window was pretty cute. 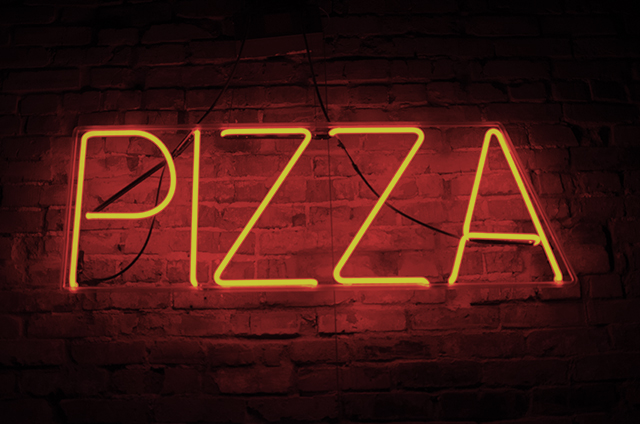 Overall, I really enjoyed the pizza at Gracie’s and the people working there were really nice. It reminded me a lot of the pizza back East, and we found out the owner is originally from New Jersey, so he definitely knows his pizza.