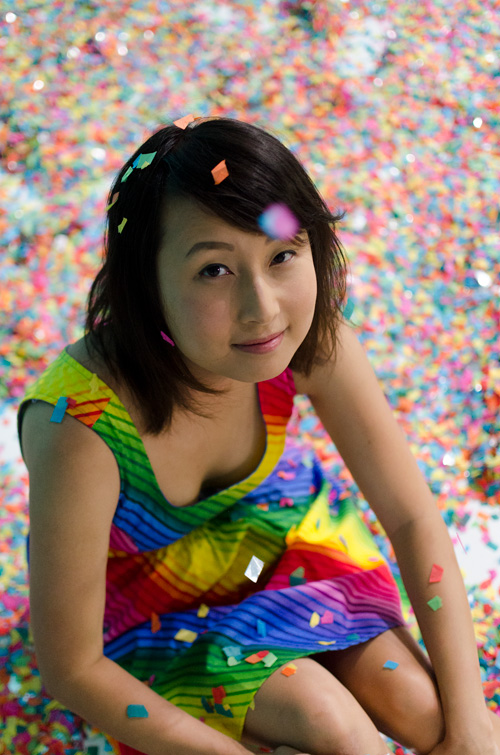 Color Factory is the creation of the blogger Jordan Ferney from Oh Happy Day. I’ve followed her blog and Instagram for a while, and when she announced this new project, I was so excited to see it! I bought tickets right when it was announced, and surprisingly there were a lot of available dates/time slots available. I think I lucked out because a few days after I got my tickets, the news of Color Factory got out and they sold out of the rest of their tickets.

Ross and I made a weekend of it, since we love going to San Francisco. We tried a couple new restaurants as well (another post on that later) before heading off to Color Factory! 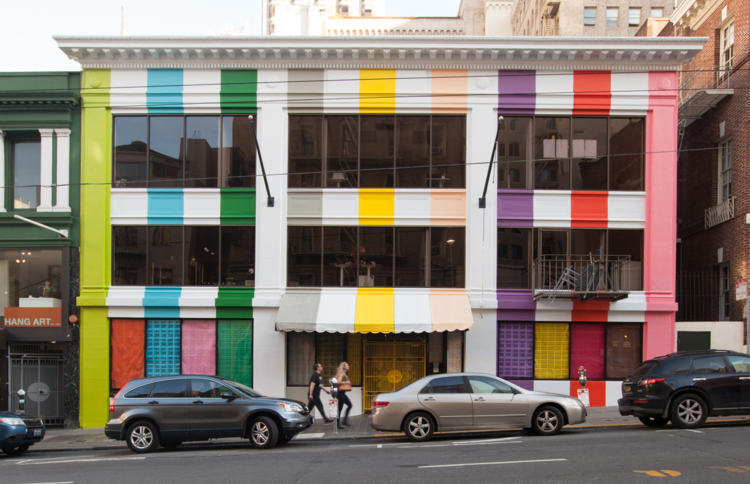 Color Factory is a “color experience” with art installations in rooms based around specific colors. There were bright, colorful details everywhere, even on the steps of the stairs. 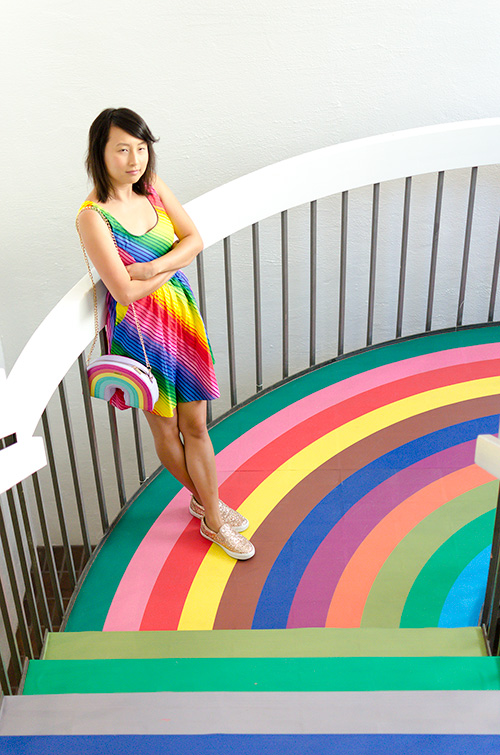 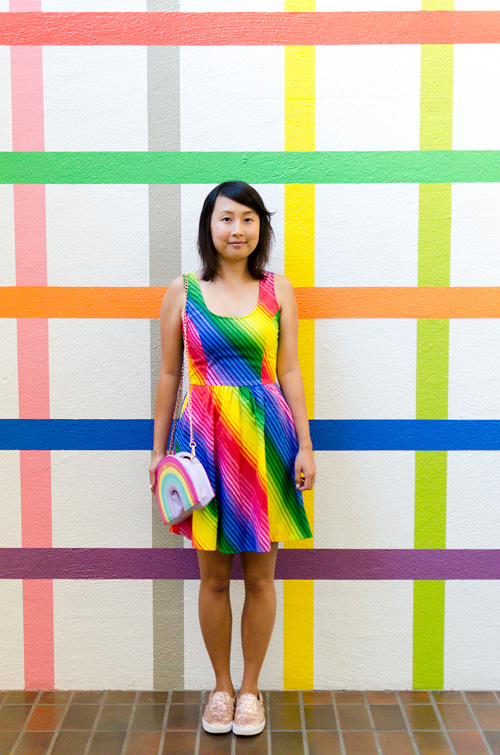 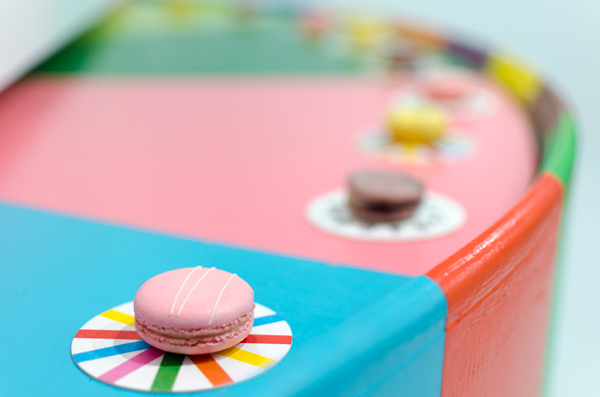 Near the beginning was a large carousel with different flavored macarons from Chantal Guillon, a well-known macaron bakery in San Francisco. It’s on my list of places to try but we didn’t have time to stop there on this trip. But this was a nice taste! I got the strawberry macaron but they had so many other flavors. 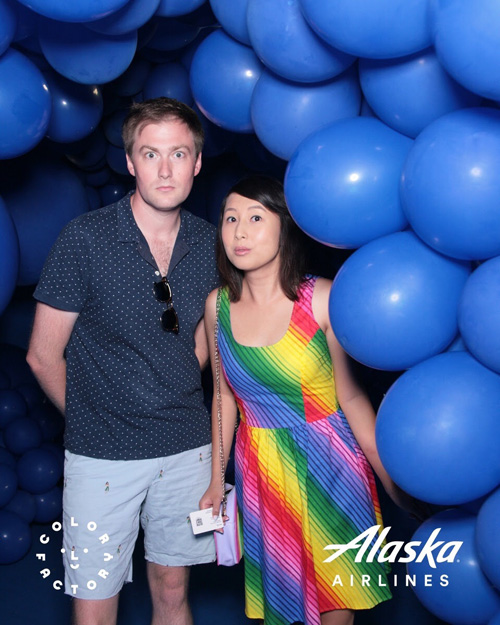 Every visitor receives a plastic card with a QR code. It’s similar to the Photo Pass at Disneyland/Disney World. There are photo stations in some of the rooms; scan your card and you get a few seconds to get into position for the photo. The camera in the room snaps your photo, and then emails it to you. This was in the blue room, which was designed by Geronimo Balloons to be a meditative “balloon bath.” 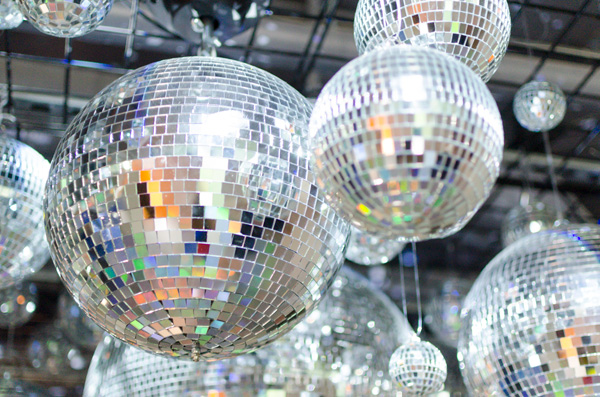 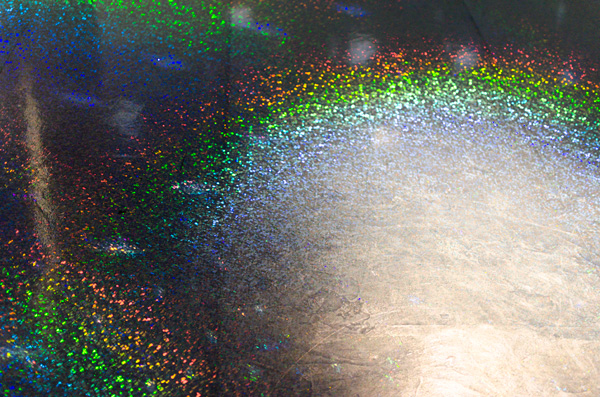 Next door to the blue room was the silver room. Disco balls in various sizes filled the ceiling, and the floor was holographic, with lights swirling around, creating rainbow patterns! This might have been my favorite room. There were buttons on the wall to play songs that were silver-themed, so I pressed the button for LCD Soundsystem’s “Sound of Silver.” (By the way I’m seeing LCD Soundsystem in November at the Hollywood Palladium and I’m super excited!) This room was so mesmerizing. 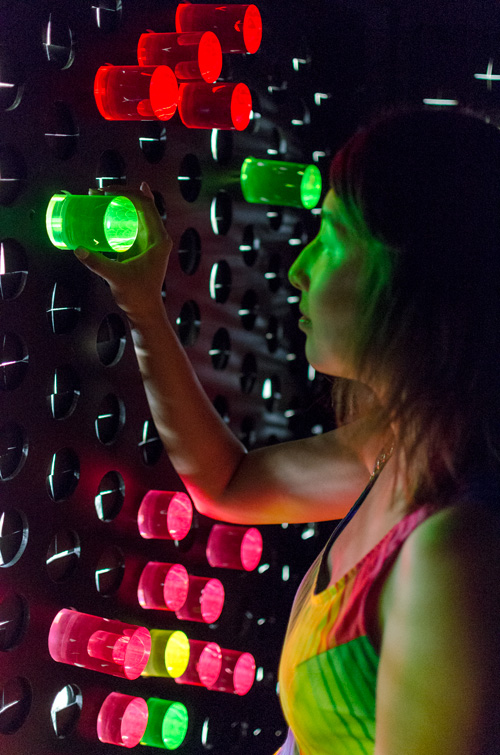 After that, we went into the giant Lite Brite room. There were bins full of different colored light rods so you could make your own designs on the peg wall. I was trying to make a red flower here. 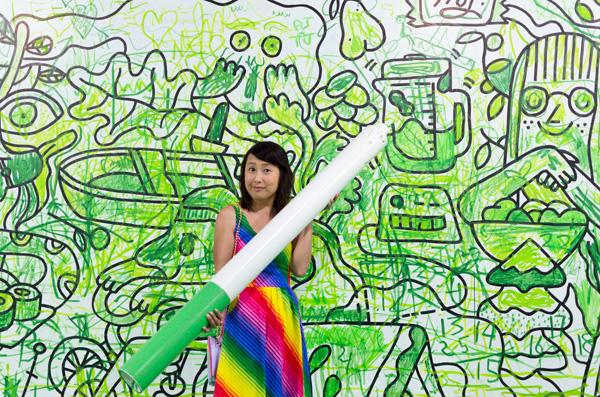 The green room has giant markers so you can literally color on the walls. It’s like using a giant sharpie. 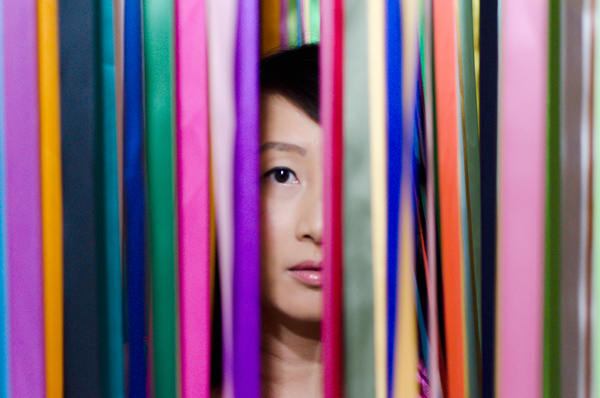 There is a display of thousands of ribbons that you can walk around in; it’s like walking through a densely packed forest yet it retains a certain lightness because well, ribbons aren’t that heavy. 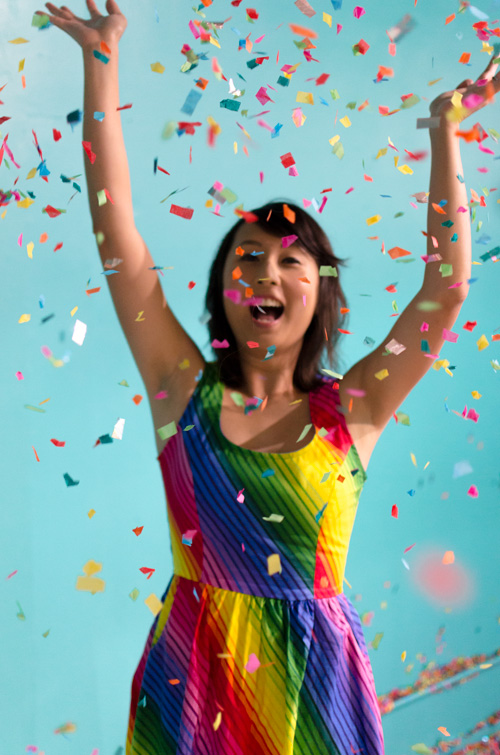 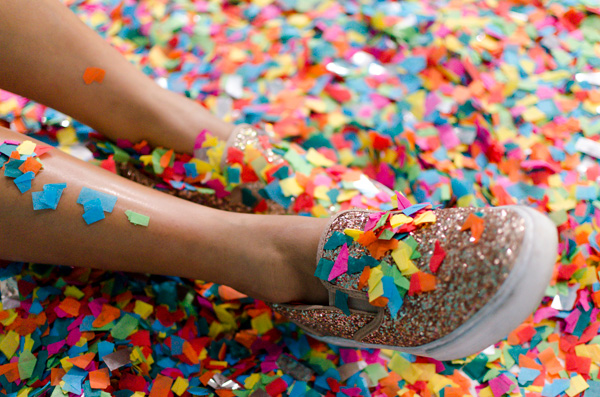 The confetti room was my second favorite room after the silver room. Cylinders full of confetti rotated on the ceiling, constantly raining colorful paper confetti. It was fun to stand underneath and have confetti showering down on you. Some kids made “confetti angels” on the floor, which was cute! Everyone was so happy in this room; it reminded me of the sprinkle pool at the Museum of Ice Cream. 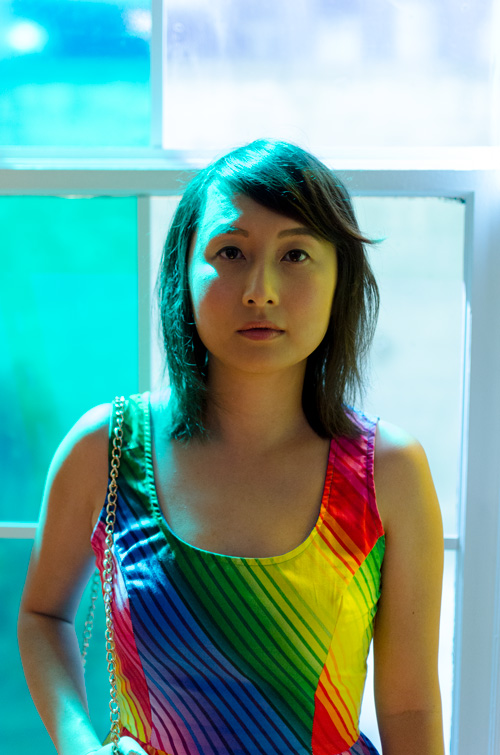 I also really loved how they even paid attention to the lighting throughout the entire building; there were some stairwells and hallways that had different colored or patterns of lights illuminating the walls. Here the windows were tinted different colors, and I stood by one of the aqua windows. 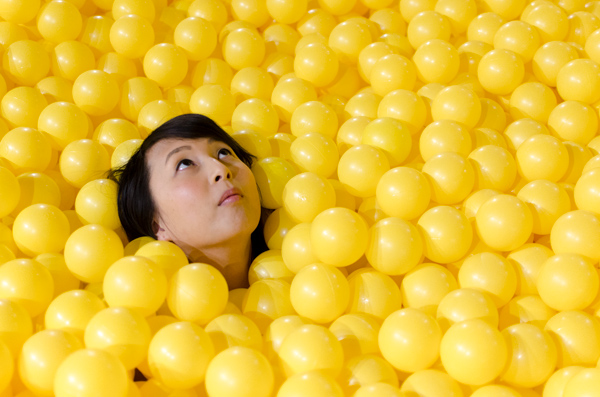 The last room was the yellow ball pit room. Everything was yellow- the walls, the stairs, and of course the hundreds of thousands of balls in the pit. I admit, I was a little queasy about it because I didn’t like ball pits that much when I was kid (pretty sure McDonalds and Chuck E. Cheese never cleaned their ball pits) but this was kinda fun, if only for a few minutes. It was actually really hard to walk through the ball pit to get out!

There was also a soft-serve stand where you could get yellow colored vanilla soft serve ice cream, coffee ice cream, or a swirl of the two in a miniature cone. It was delicious and a nice little snack before lunch time.

There were a couple other rooms but I wasn’t able to take decent photos of them due to lighting, such as the orange room. But I definitely recommend checking it out if you get a chance! Tickets are currently sold out but they recently mentioned on their Instagram account that they were extending their run due to its popularity! Follow them so you can find out when more tickets go on sale.