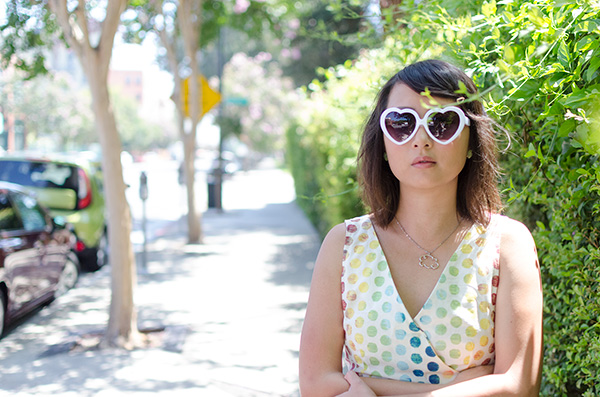 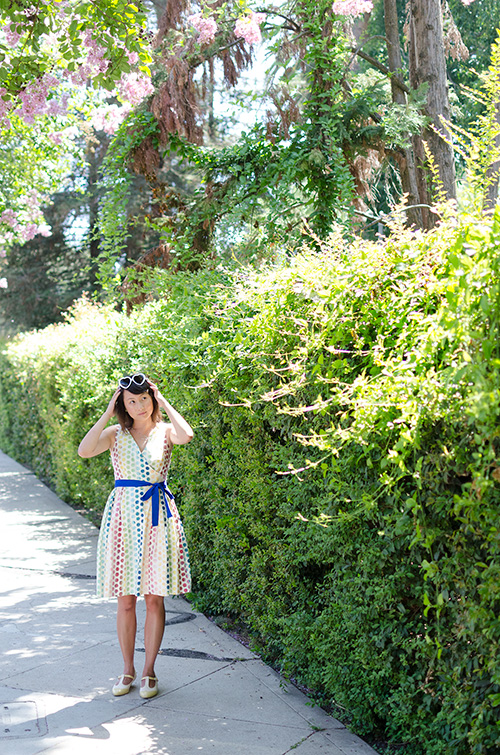 I spend a decent amount of time researching locations to do outfit photos. Sometimes I’ll go on Yelp, or even just do random Googling depending on what kind of environment or background I have in mind for a particular outfit. Murals and outdoor art are obvious choices, but in a city as big as LA with a lot of people taking photos at similar locations, I try to find the less known places. Of course, a nice mural or pretty location never stays secret for long. 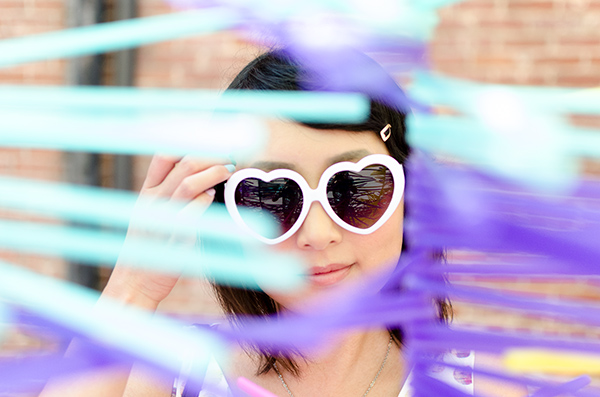 This particular location I came upon by chance; I was walking around near my workplace and saw signs for Bold Pas, an upcoming temporary art takeover of public places in Old Town Pasadena. They had mockups of the art installations so I was able to plan my outfit around them. It looked like it had the potential for some interesting photos, so we went!

On the actual day of the event, a LOT of people came out. Because of that, it took a little while longer to take my photos since many people were also taking photos (more in a casual way, with their phones). The art was meant to be photographed and many of the pieces were interactive, with viewers encouraged to touch them. 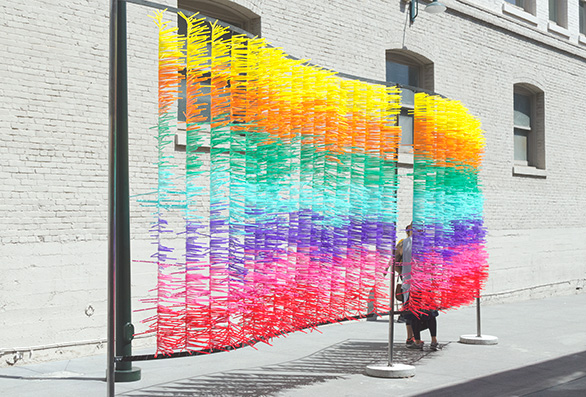 Better as a Color” by Asli Tusavul 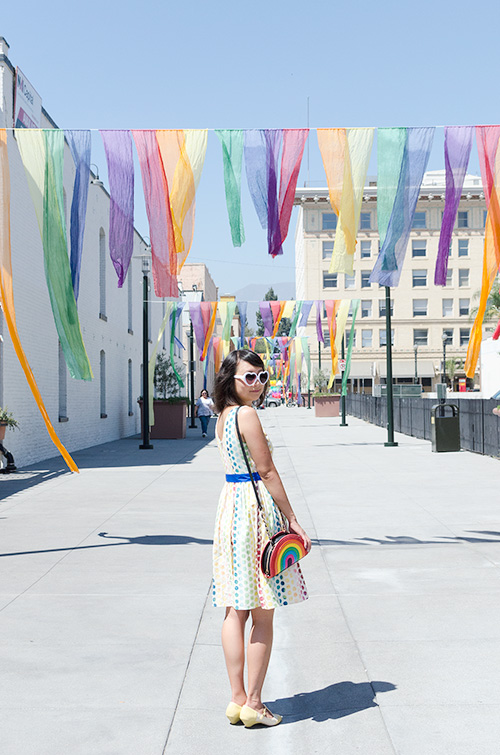 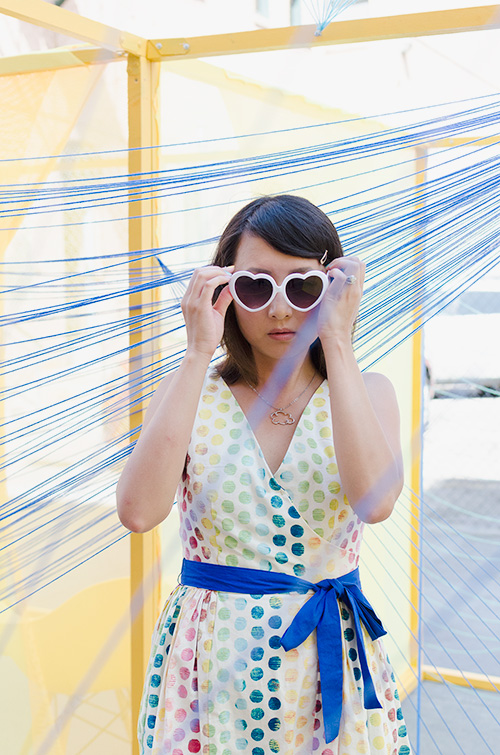 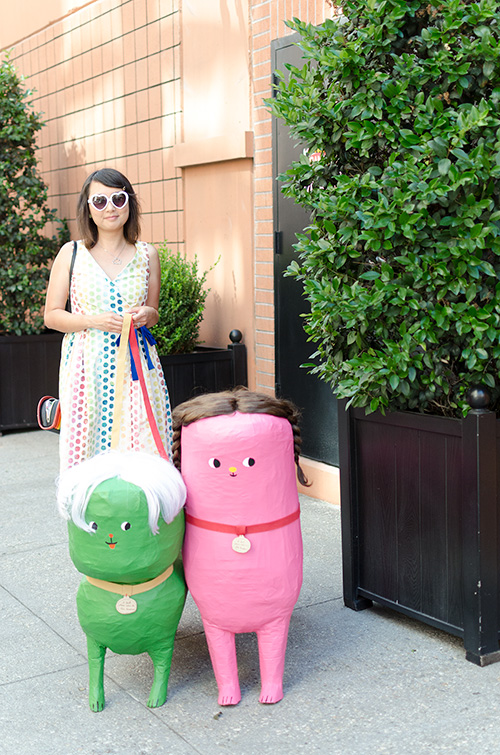 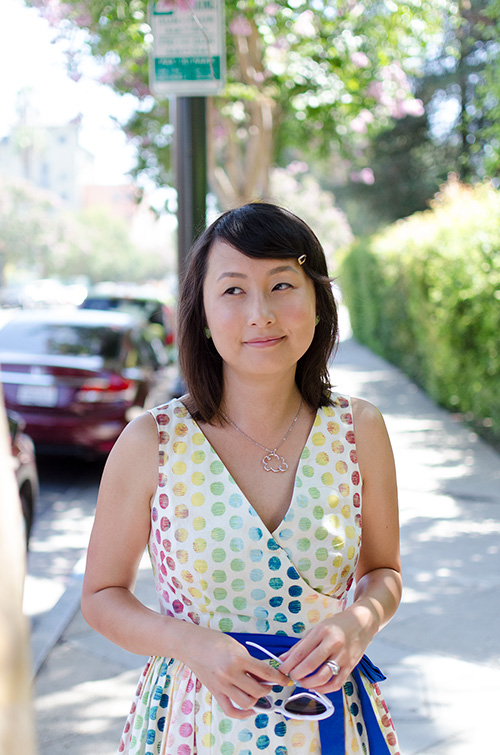 I thought this was a really cool idea to get people to explore the area and interact with their environment. There were lots of people of all ages, by themselves or with friends and family checking out all the artwork. I hope it comes back next year!