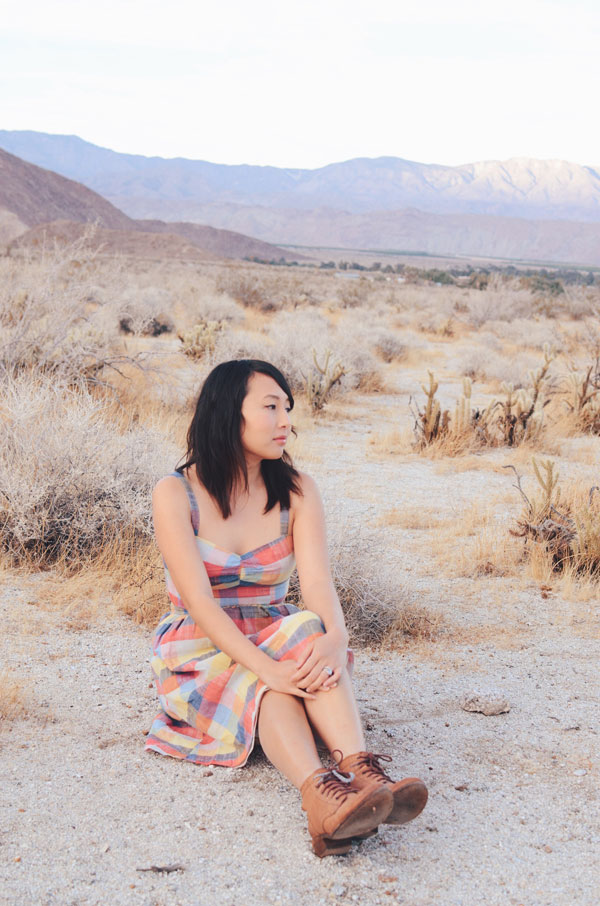 My husband was invited to speak on a panel at the Borrego Springs Film Festival a few weekends ago, so we spent the weekend in the quaint, tiny desert town. it’s about a three hour drive from Los Angeles, in east San Diego county. You may recognize it from last year’s outfit post during the wildflower superbloom. This time it was too early in the season for any flowers to appear but the desert landscape was still pretty.

Part of the challenge of living in the city is that there aren’t a lot of undisturbed natural settings that I can use as backdrops. I don’t really like the style of city buildings, concrete, etc. for my outfit photos. So whenever I get the chance to take photos somewhere in nature, I try to take advantage of it.

Even though there weren’t any flowers and the landscape was dry, the lighting at magic hour in Borrego Springs was beautiful. The light filtered through the haze of clouds and eventually the sun went behind the mountains, but enough light still came over to give enough of that golden hour glow. 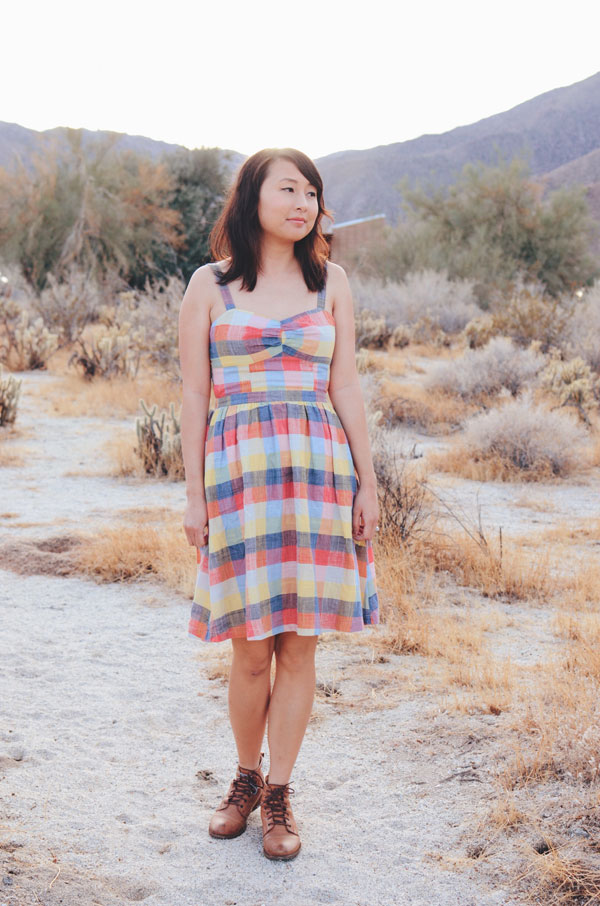 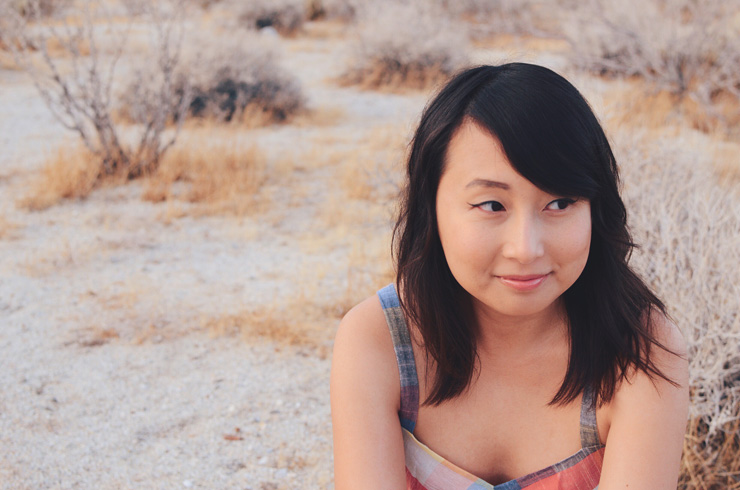 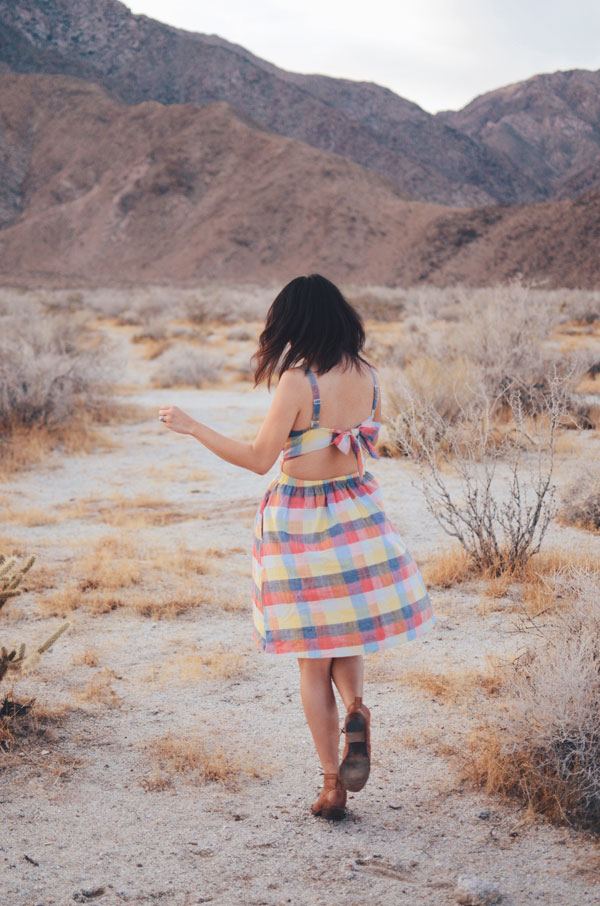 This is a ModCloth dress, it was from this past summer season but I bought it on sale in the fall for only $23! I wanted to wear something that would pop against the earthy colors of the desert and the primary colors in this plaid do the job, I think. The cutout back with the bow detail is super cute; it shows some skin without being too scandalous. Note- it’s not possible to wear a normal bra with this. I had to wear my silicone pasties. 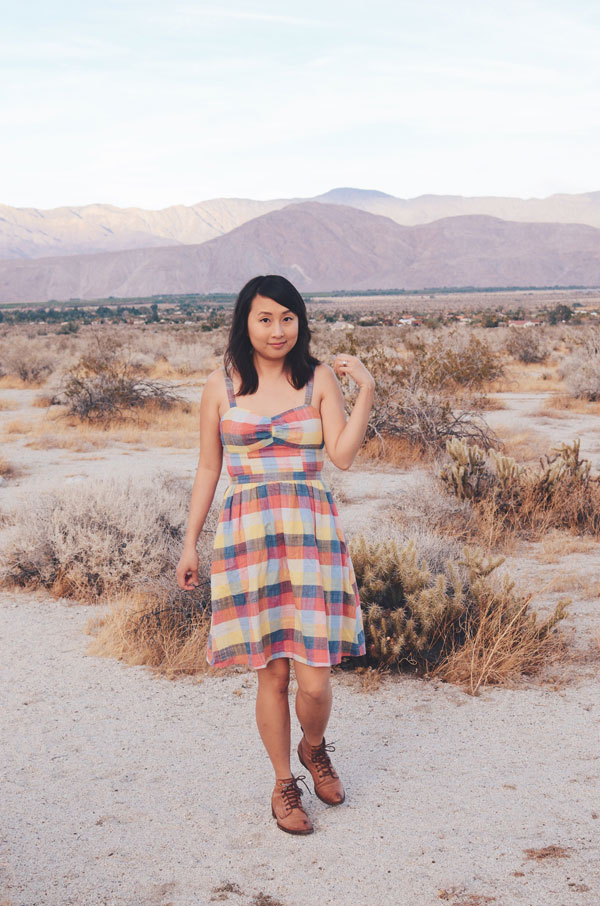 This is me trying to look cute in a stereotypical blogger pose. Haha. 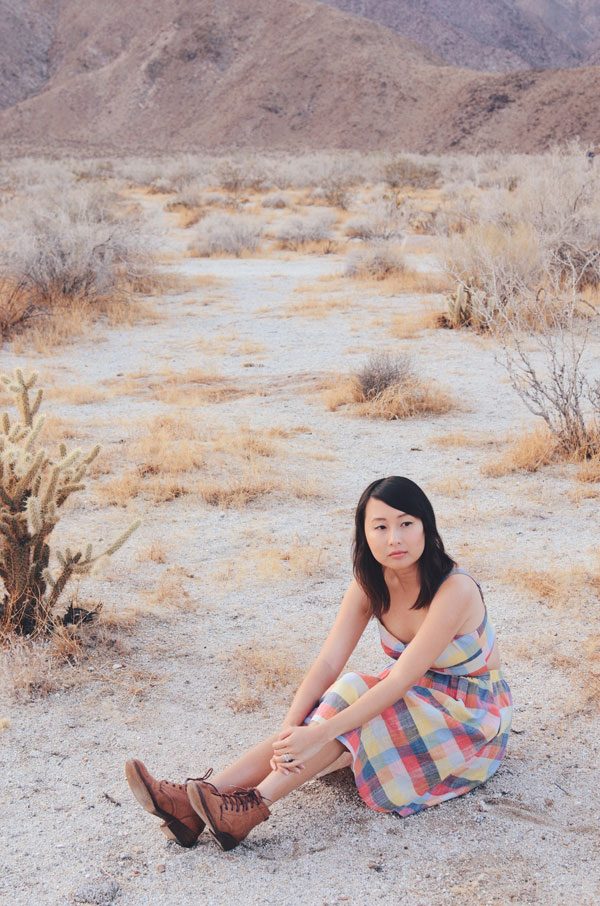 The film festival itself was fun; Ross’s film won the jury prize for Best Feature! The town is such a quiet and charming place. I would love to come back especially if the flowers bloom again.