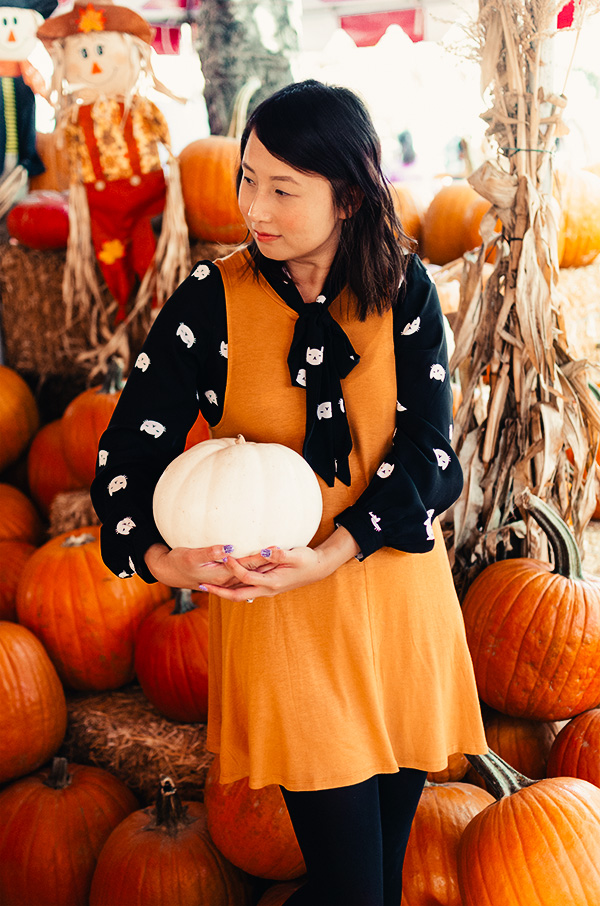 I grew up on the East Coast in Maryland and this time of year is when I’m feeling nostalgic for my hometown. There’s nothing like autumn on the East Coast; visiting apple orchards and pumpkin patches, drinking fresh apple cider and of course, the foliage. I remember doing all that at Butler’s Orchard and getting cider from Cider Barrel, which was in a building shaped like, you guessed it, a giant wooden barrel. (Unfortunately, it’s closed now). Autumn in Los Angeles is not quite the same thing. First of all, it’s the end of October and there’s been a long string of 100 degree days (seriously, it has been SO HOT). Second, you’re more likely to see palm trees than the deciduous trees that turn beautiful shades of red, orange and yellow. 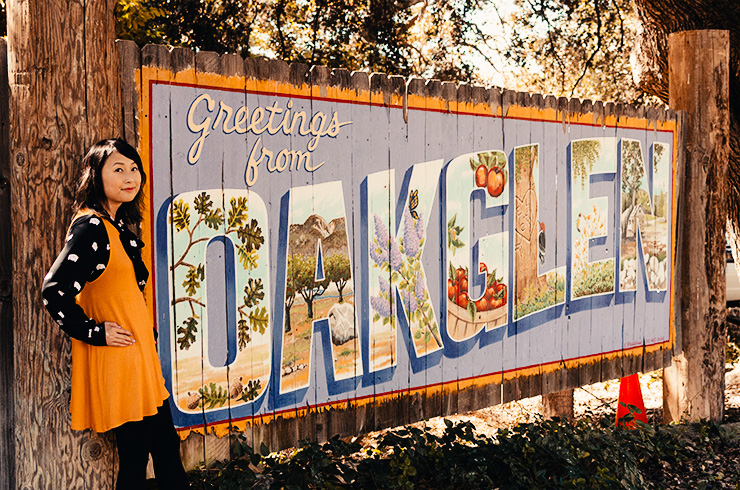 We got up early because it is prime apple-picking season and on a weekend, it was probably going to be busy. I also wanted to take some outfit photos (obviously!). For this occasion, I wanted a Halloween-themed outfit that didn’t scream “costume.” I paired this adorable cat print blouse with a pussy bow from Retrolicious, and layered a swingy tank dress in burnt orange over it. The bow and puffy sleeves, with the shape of the dress, give off a retro 1960s mod vibe. 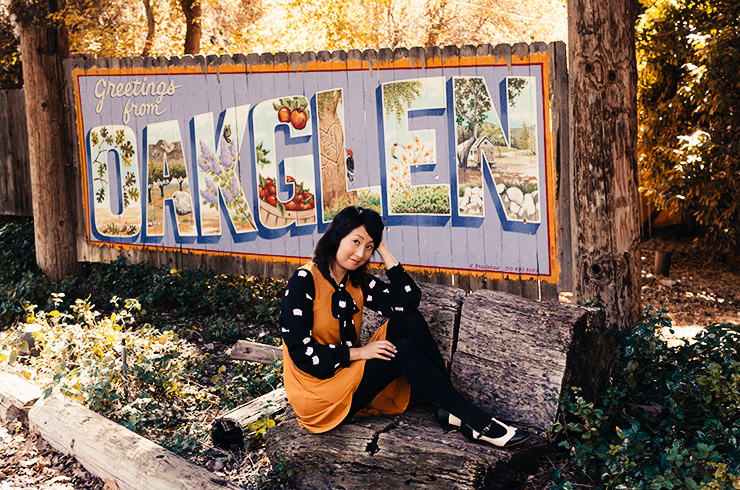 We got there right when the orchards opened and went into the least crowded orchard. Unfortunately, by this point in the season, a lot of the trees in the u-pick places were completely picked over. So we decided to salvage this trip by just finding scenic places to take photos, and also get some yummy cider and donuts. We stopped by Snowline Orchard, which has a well-known store where you can buy all sorts of goods like jam, cider and hard-to-find varieties of apples. 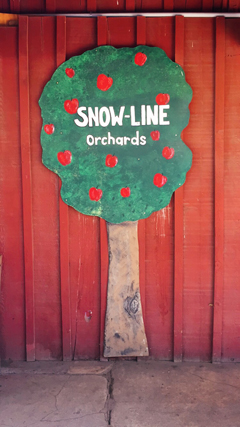 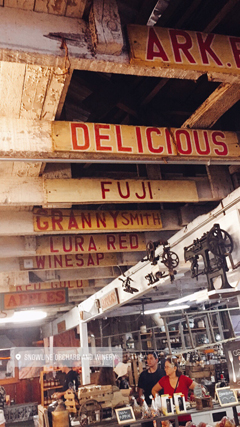 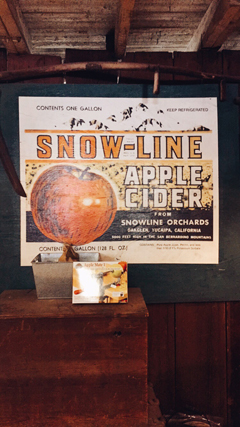 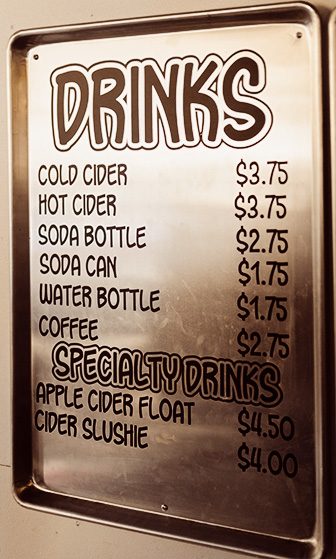 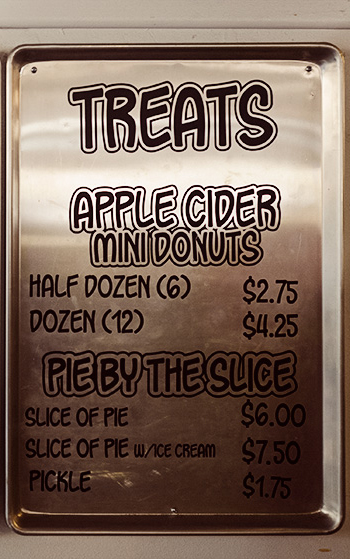 I may be dressed in fall colors, but it was quite warm that day. Oak Glen is at a higher elevation so the temperature stays cooler than the surrounding areas, but it was still 80 degrees. Since it was so warm, I ordered an apple cider float. Cold, fresh apple cider with giant scoops of vanilla ice cream? Talk about fall…but in LA. 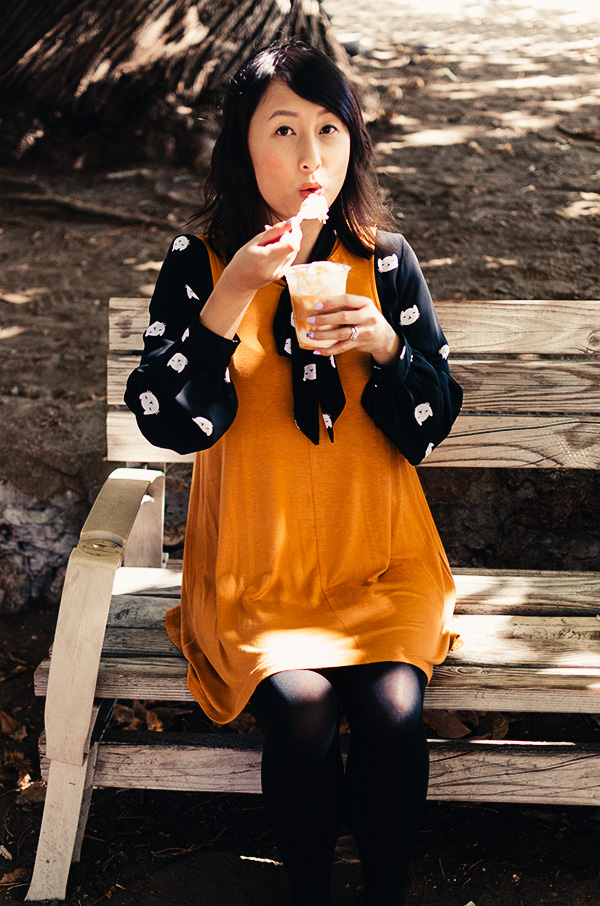 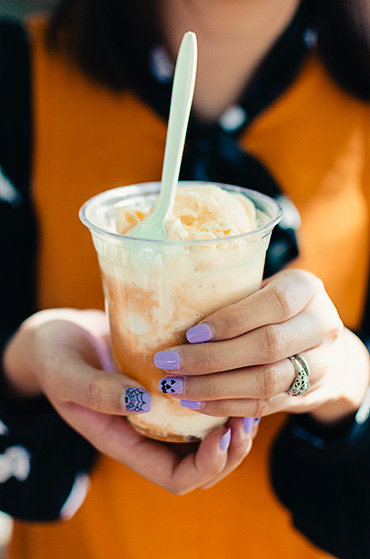 I also ordered a bag of mini cider donuts. While waiting in line, you can see the donuts going through the fryer. The mini size is so cute and perfect for snacking. 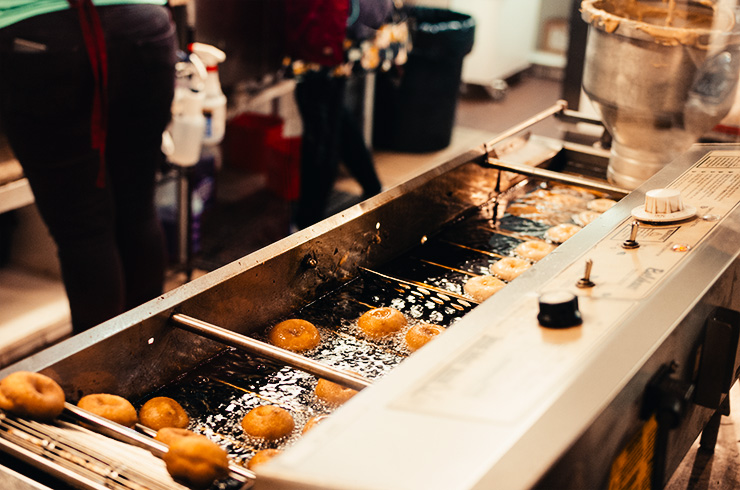 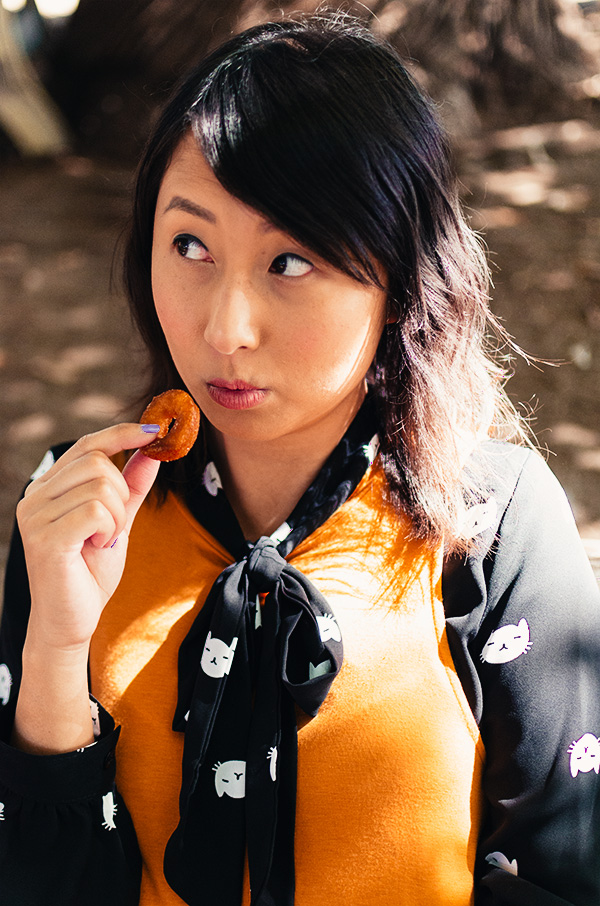 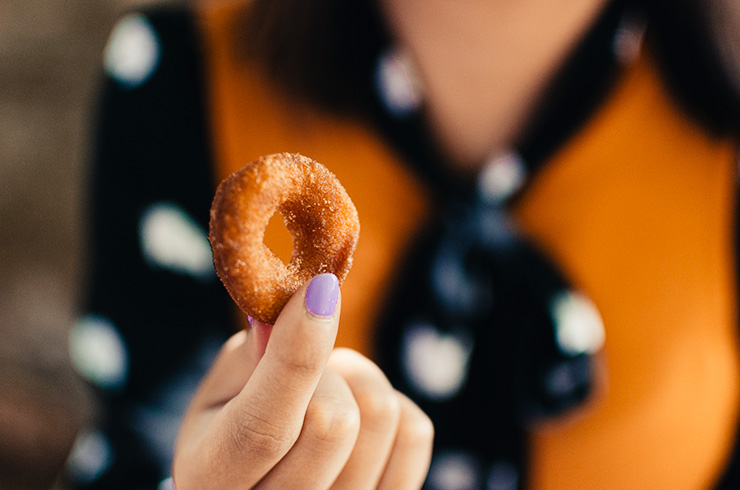 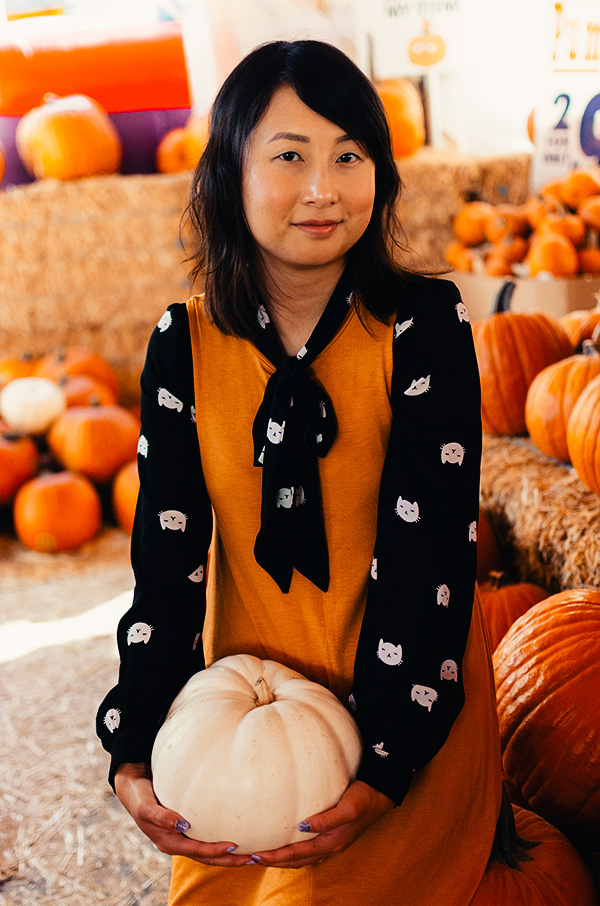 In the end, we didn’t buy any apples or pumpkins in Oak Glen. Instead, on the way home, we stopped by one of those aforementioned “parking lot pumpkin patches.” This pumpkin patch was super crowded, very hot and not at all like the kind from where I grew up. We took some photos and left. While the pumpkin patch was decorated very nicely and had a huge assortment of pumpkins, it just doesn’t beat picking pumpkins off the vine in a giant field. Maybe one year I’ll go back home for that.

Do you have any autumn traditions? Have they changed from when you were a kid?