I went to the Dear Creatures sample sale this past Saturday, and I came home with a bunch of cute stuff. One of the cool things about living in Los Angeles is the ubiquity of sample sales, from well-known mainstream designers to indie brands (such as Dear Creatures) that are usually sold through websites like ModCloth or ShopRuche. LA’s Fashion District is home to the West Coast or national headquarters of many clothing brands. Because of the concentration of clothing companies, there are sales all the time in downtown LA. Most notably, the big ones are in the Cooper Design Space or the California Market Center. Not all sample sales are located in downtown; many other brands hold sample sales in their warehouses or offices throughout Southern California, including Orange County.

Dear Creatures is one of my favorite indie designers. I first found them on ModCloth several years ago, and I own several items from them. I love the vintage-inspired designs and silhouettes (especially their fit-and-flare dresses!) and their cute patterns and prints. Their lookbooks always have this dreamy, 1960s, mod-ish vibe to them. They usually hold a summer sale and then a holiday sale in December right before Christmas, in both Los Angeles and San Francisco.

I’ve been to a Dear Creatures sample sale three times now; the first was when they were in The Loved One, a vintage clothing boutique in Pasadena. I was clueless about sample sales back then and showed up later in the day, which meant a lot of the items I was hoping to buy were already gone. But at least there were no crowds. Now they hold their sales in a studio in the Eagle Rock neighborhood, and there’s way more space for clothing!

One thing they do now that I think is a great idea is that they offer Early Bird tickets for sale online prior to a sample sale. There are only a limited amount available (50 tickets for this most recent sale) but it guarantees you admission for an hour prior to the regular sale hours and you don’t have to wait in line to get in. The sample sale was from 11 AM-5 PM but with an early bird ticket, you can just walk right in any time between 10-11 AM and get the best selection of items available. An early bird ticket is only $5 and you get the $5 cost of the ticket taken off your purchase total, so it’s totally worth it.

Even with an early bird ticket, I didn’t know if there would be a line just for the early birders because they limit how many people can be in the space at one time due to fire codes. So I got there by 9:40 AM and was let in immediately (despite it not being 10 AM yet) because of the MASSIVE thunderstorms rolling through LA. It very rarely rains in LA in the summer, and these huge thunderstorms freaked a lot of people out! It was surprising to me when I got to the sale location that there was NO ONE waiting in line! Last year when I went (without an early bird ticket), there was a super long line and I had to wait an hour in the hot sun to get in. Just goes to show you how much Angelenos are scared of rain, hahah.

Here’s a picture of the interior of the sample sale. I wasn’t able to get the entire interior in the frame, but there were about 2-3 very full racks for each size (XS, S, M, L, XL). There were a lot of items available in the M and L sizes. 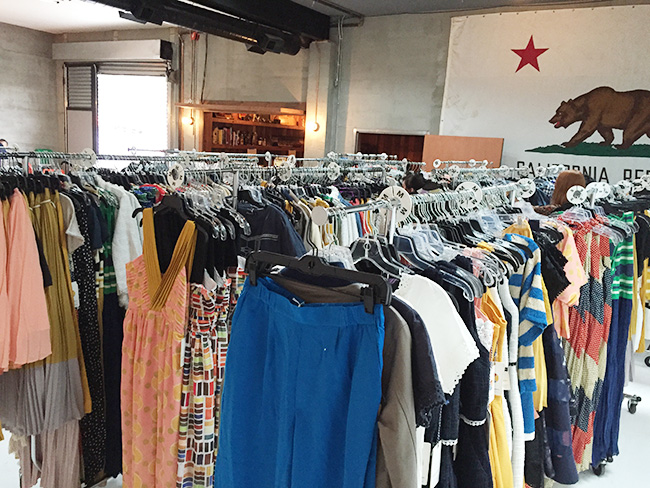 There were probably about 20 other people in there with me. Because the early bird tickets were limited, I was able to shop with ease and go through the racks at my leisure. I generally wear an XS or S in Dear Creatures and they had plenty of items in all sizes available. Most of the clothing for sale was from the Spring 2015 collection, with a few items from their 2014 spring, summer, and autumn collections.

Sample sales can get really chaotic and stressful, so here are my tips:

Here’s are some photos of my haul! 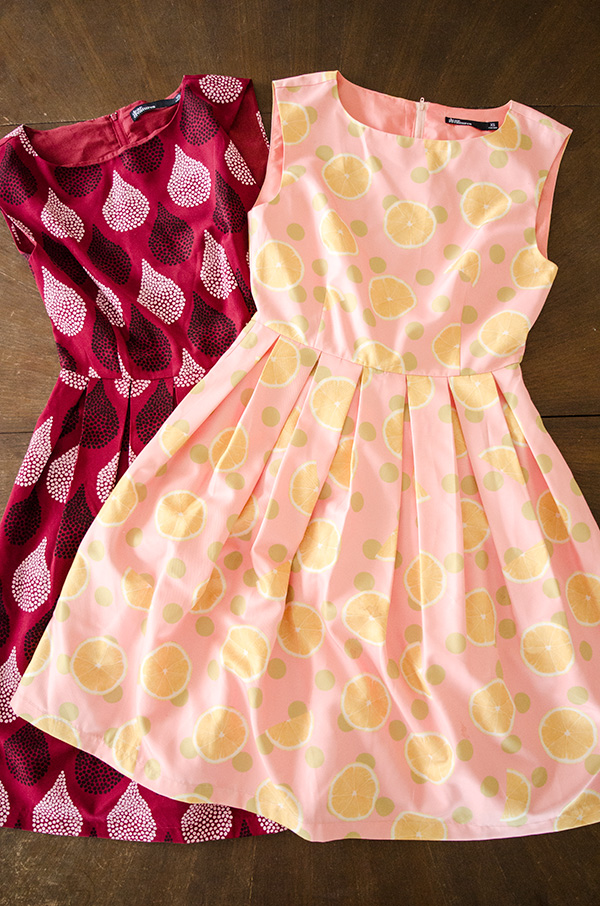 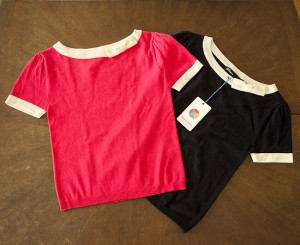 Rosemary sweaters in Berry and Black from Autumn/Winter 2014, $20 each (originally $63 each) 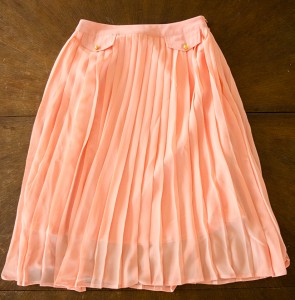 I’m pretty happy with my haul. The one thing I really, really wanted was the Harper dress in the Pink Lemonade print, and I got the last one in my size! There have been a few times when there was a Dear Creatures dress I really wanted, so I bought it right away from a site like ModCloth but sometimes, patience pays off by waiting for the sample sale.

If you live in Los Angeles or Southern California, I recommend subscribing to your favorite clothing brand’s email newsletter or follow their Facebook or Instagram feeds, so you’ll be notified when they hold sample sales! Have you ever found any great deals? (I’m planning to go to the Wildfox Couture sample sale next week in the Fashion District. I’ll report back on how that goes!)